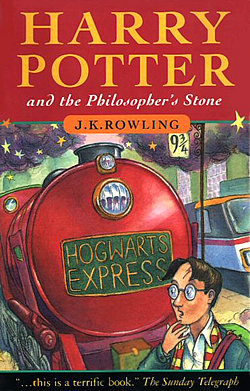 Harry Potter fans could be in for a treat as a new website has been unveiled. Pottermore.com currently consists of just a holding page with J.K. Rowling’s signature and the tantilising message ‘Coming soon…’. There is a Twitter account too.

The site was revealed in a Secret Street View challenge, where Rowling gave ten Potter websites co-ordinates relating to a different letter in Pottermore. The name is said to be the last patent recorded by Rowling back in July 2009. An HPANA.com editor claims to have seen a sneak preview and calls it “breathtaking in scope, detail and sheer beauty.”

Naturally, there’s now speculation there will be more Potter novels, but a spokeswoman at Rowling’s PR company said: “It is not another Harry Potter book but we cannot reveal any more at this stage, fans will have to keep an eye on the website. It will be launching soon.”

The Bookseller adds that the spokeswoman refused to confirm if there was a link between the new website and the release of e-books. What do you think it is?

This entry was posted in Children's, Fiction, News. Bookmark the permalink.